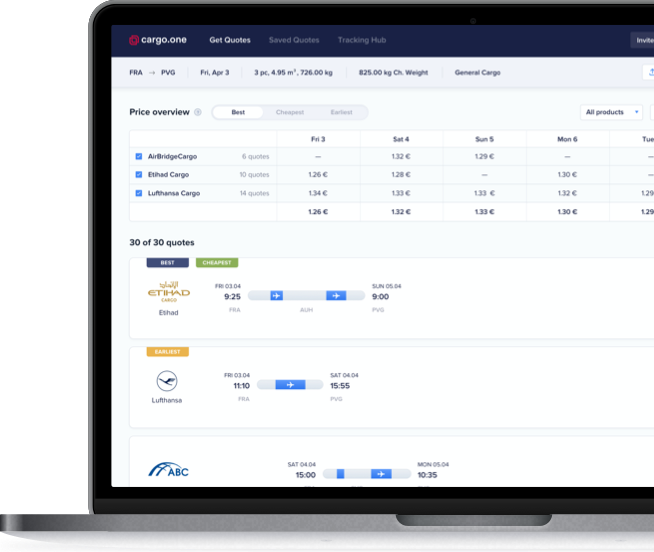 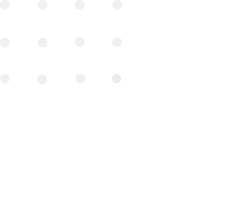 Get started for free

Thank you! Your submission has been received!
Oops! Something went wrong while submitting the form

How ANA reaches 10% more customers via digital bookings on cargo.one

The Japanese expression ‘omotenashi’ means going beyond the expected and doing everything in your power to enhance a customer’s experience vastly. Reflecting on a year of partnership with cargo.one, Toshiya Tamada, Executive Vice President of Global Marketing and Global Sales at ANA Cargo Inc., illustrates three key areas where cargo.one has empowered and enabled Japan’s largest airline in providing digital omotenashi with regard to customer reach, visibility, and offer quality.

ANA has been live on cargo.one since June 2020. The decision to select the real-time online booking platform to promote the cargo airline’s capacity was taken as part of its future-oriented, in-depth sales transformation strategy “ANA will endeavor to utilize the latest digital technology to further aim for enhanced convenience and efficiency of the services so as to be chosen by the valued customers,” is Toshiaki Toyama, Executive Vice President of ANA and President of ANA Cargo the airline’s customer promise. Mr Tamada concludes that the past year’s partnership has already yielded more than expected. “cargo.one has greatly improved our business in three key aspects. These are customer reach, network exposure, and visibility of relevant data”, he summarizes.‍

Nearly one in three cargo.one users were new to or reengaged with ANA in 2021‍

A look at the figures shows that 30% of all forwarders booking ANA on cargo.one in the first half of this year had not previously placed bookings in 2019. These new customers also accounted for 32% of the airline’s volume coming through cargo.one. “Overall, we can state that almost one in ten active forwarders in Europe this year are new customers who have either joined or reengaged with us because of the cargo.one booking platform. The partnership has greatly increased our reach, especially among small and medium-sized customers,” Mr Tamada outlines. “Yet, we also see positive developments in the business relationships with our enterprise forwarders, who are increasingly placing ad hoc bookings via the platform.”

The shift in booking behaviour includes how ANA’s network is used. Whereas in the past, forwarders selected ANA primarily to book Japanese destinations, the airline has become increasingly visible for other routings, too. “Our network gains greater exposure through cargo.one, since it appears in all digital search results where ANA is able to offer a connection. As a result, booking numbers have picked up for destinations outside Japan, and these other destinations already account for more than 50% of our revenue with cargo.one,” Mr Tamada details. In fact, Chinese destinations are almost as popular as Japanese ones on ANA, which has also seen almost one in eight bookings going beyond those two countries.

Sadami Sugimoto, Vice President for Europe, the Middle East and Africa, at ANA, is delighted with the developments. “In the month of July 2021, ANA appeared on over 10,000 shipment quotations within 640 different O&D pairs, and our booking numbers have naturally increased as a direct consequence. The value here, which is confirmed by the feedback our customers give us, is that we are so much more visible - on a platform that offers an excellent, fast, and easy booking experience. With certain freight forwarders we increased monthly bookings by 20%.”

Sadami Sugimoto commends cargo.one's real-time analytics capabilities as it enables the airline to adapt its pricing and offer quality to match market requirements. “Our teams now have access to much more data than we used to have, such as specific conversion metrics that can be broken down by individual O&Ds and weight breaks,” he explains. “Based on this, we are in a position to increase the attractiveness of our offer to forwarders, as well as monitor and steer the efficiency of our network.”

The past year’s success and learnings are paving the way going forward. Mr Tamada describes the airline’s plans in its partnership with cargo.one: “We are working closely with the cargo.one team to further strengthen how we leverage data for our decisions. Having recently launched in North America, in close collaboration with our team there, and being delighted with the progress so far, we are also evaluating the expansion of our partnership to other new markets.” Asked about what he personally enjoys most when it comes to collaborating with cargo.one, he is quick to summarize: “The cultural exchange of working with people who share a keen kaizen focus and demonstrate the necessary agile mindset of such a fast-growing young company!”

About ANA (Cargo)
‍
Founded in 1952 with just two helicopters, All Nippon Airways (ANA) has grown to become the largest airline in Japan. ANA HOLDINGS Inc. (ANA HD) was established in 2013 as the largest airline group holding company in Japan, comprising 71 companies including ANA and Peach Aviation, the leading LCC in Japan. ANA first introduced Boeing 767F freighter in 2002 and has since expanded its  fleet to nine Boeing 767Fs and two Boeing 777Fs. Boeing 777F currently operates services to Shanghai, Chicago, Frankfurt, Bangkok and Hong Kong. ANA is part of the industry’s first joint venture cargo partnership. This includes Lufthansa Cargo, AG and United Airlines. In addition, ANA is the first Japanese airline to be certified for IATA CEIV Pharma in 2017.
‍
For more information, please refer to the following links:
http://www.anacargo.jp/en

Stay in the know

The latest cargo.one insights. Straight to your inbox. 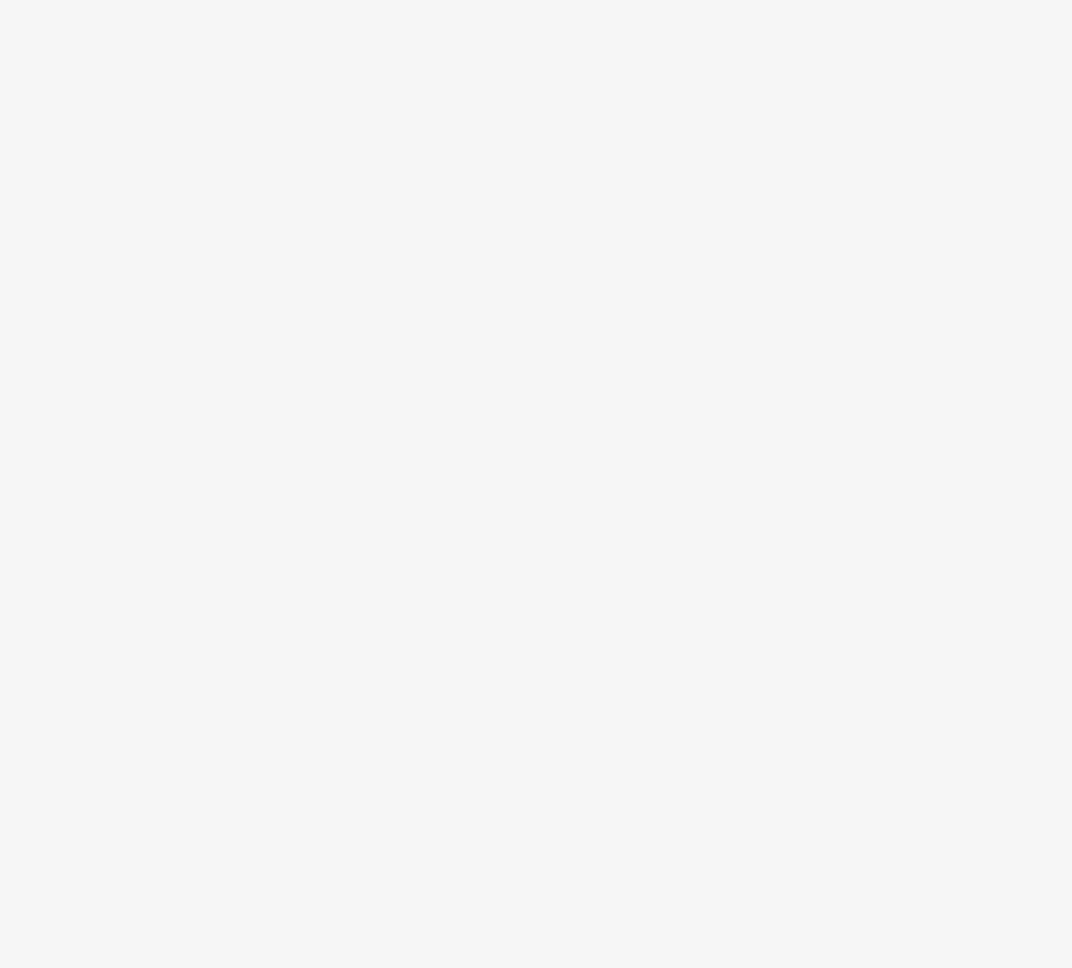 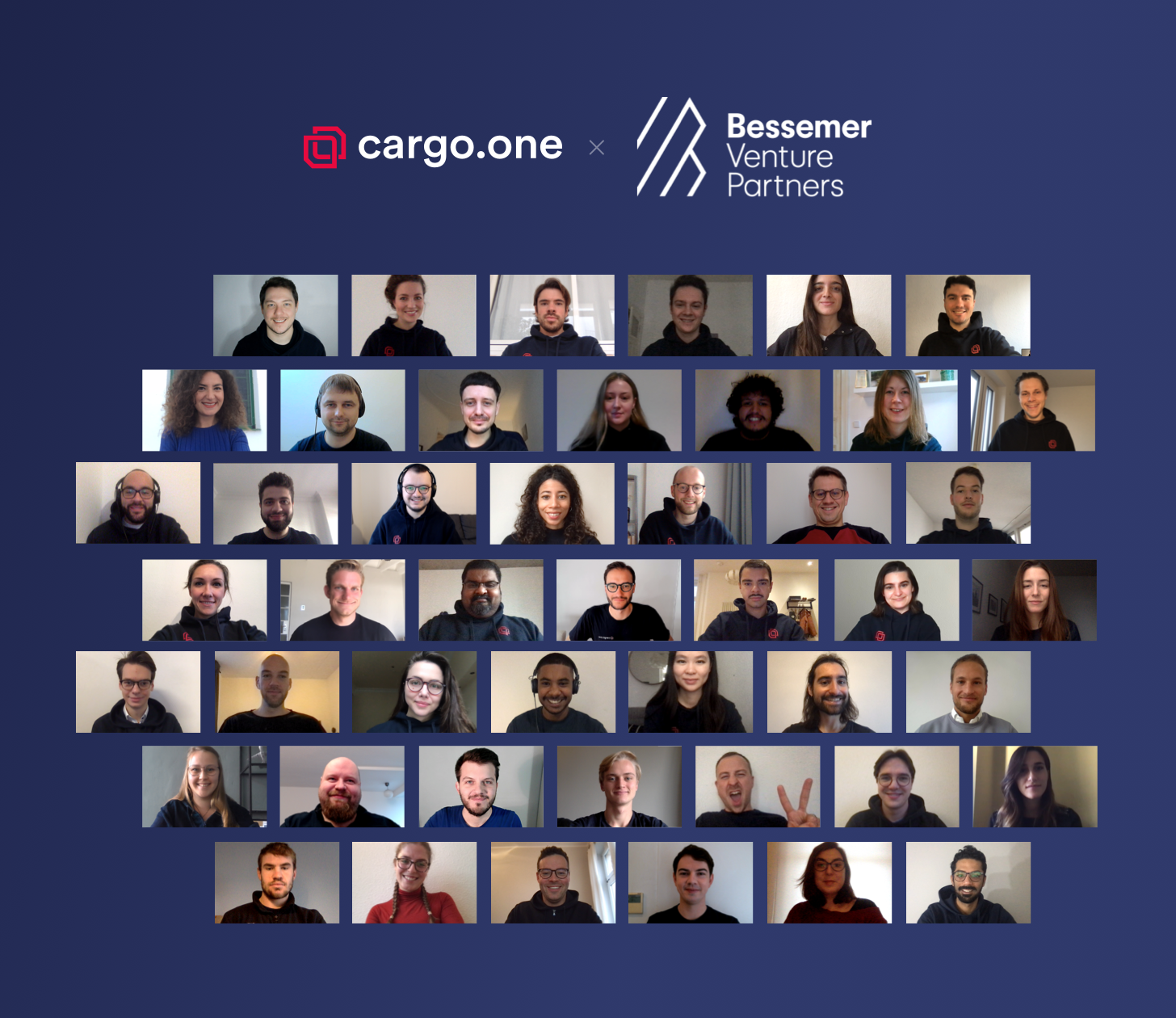 Building relationships that matter - Announcing our Series B 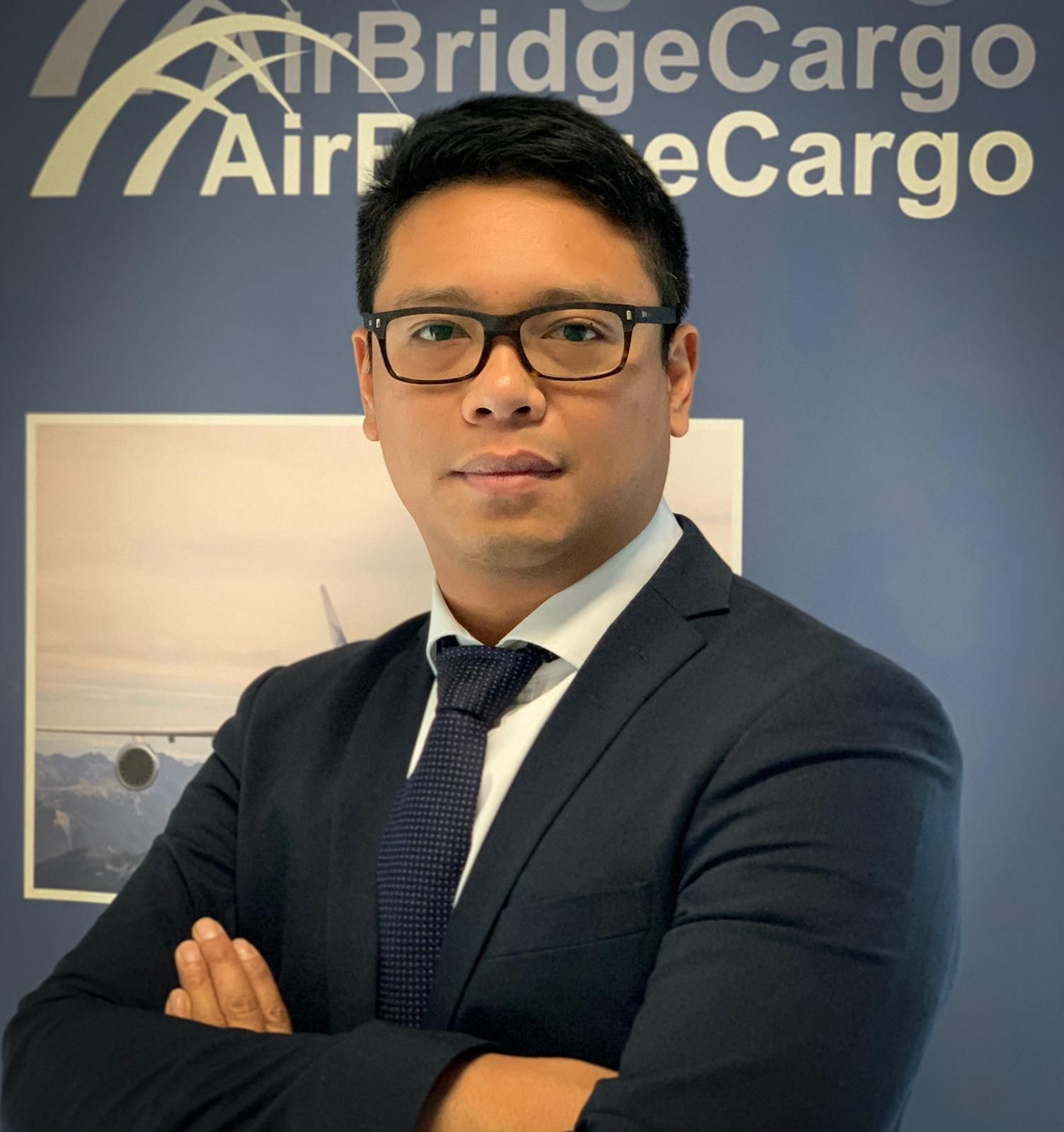 Emerging faster from the crisis: Why ABC embraces cargo.one's technology and service in its roadmap to be at the forefront of digitalization 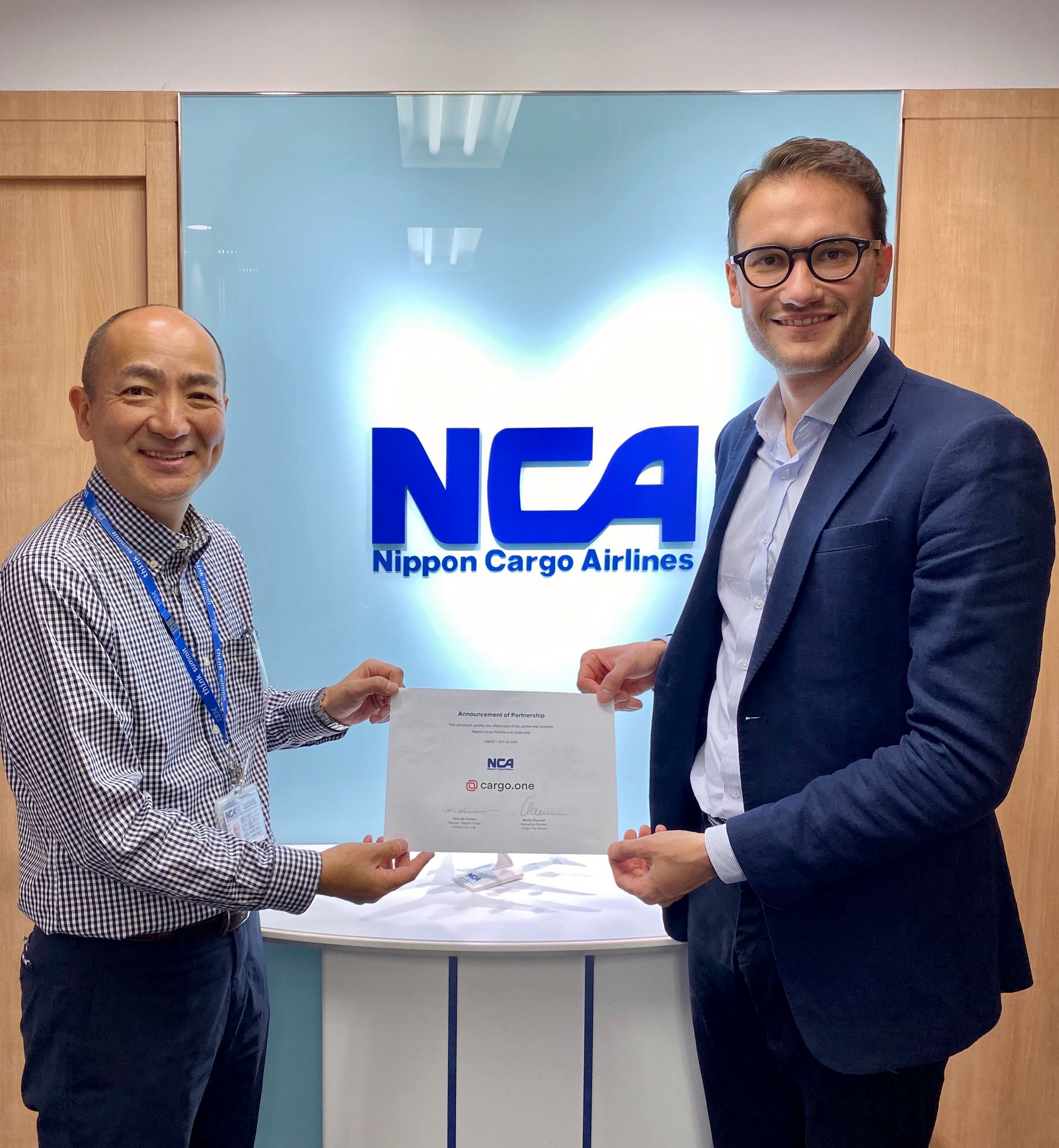 Booking around the clock: The new age of digital distribution

Building relationships that matter - Announcing our Series B

Emerging faster from the crisis: Why ABC embraces cargo.one's technology and service in its roadmap to be at the forefront of digitalization

Booking around the clock: The new age of digital distribution 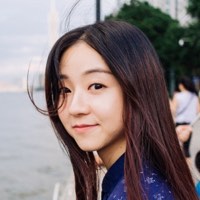 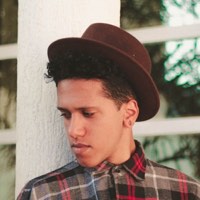 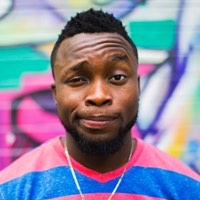 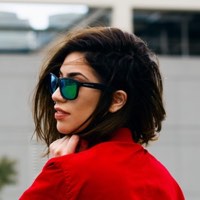 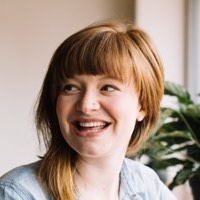 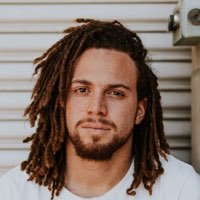